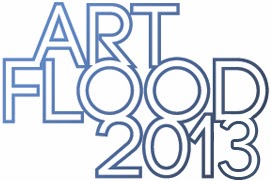 Together with artists and partner galleries, we would like to invite you to join ART FLOOD, an online art sale of contemporary art. 100% of the proceeds go towards the victims of Typhoon Yolanda. 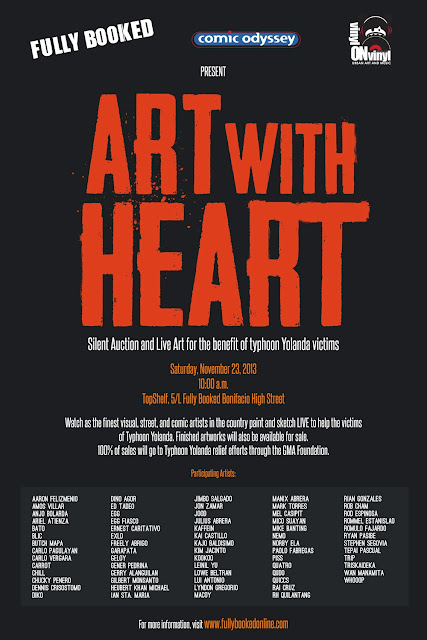 Commission a sketch, purchase merchandise, and participate in the silent auction featuring many beautiful Original Comic Art pieces donated by both artists as well as comic fans. Visual and street artists will also be painting and selling the finished pieces. 100% of sales will support relief efforts via the GMA Kapuso Foundation. 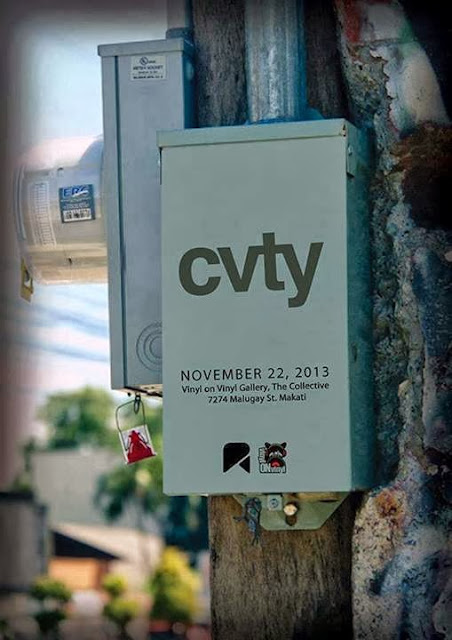 She could be the art student exploring the possibilities of street art
through paste ups and murals; or he could be the office worker looking
out the bus window just to get a glimpse of a graffiti writer’s tag on
the wall. Perhaps everyone practicing or reacting to street
art/graffiti is not just an enthusiast but they are slowly becoming
part of a promising community of individuals with the intention
of sharing their passion about the visual arts.
Cavity Collective believes and supports this community.
It is a group of individuals from diverse backgrounds
and professions that organize activities centered on the
utilization of public space as a means of visual art expression.
When the group began in 2010, its humble objective was to simply gather
people who practice street art/ graffiti. Through consistently
organizing events anchored on this idea, the group unknowingly
developed a platform that initiated an interaction among the participants - later on this became the foundation for what Cavity Collective believes as a community.
As a part of its 3rd year
anniversary on November 27, 2013 the group will celebrate not just on doing art works on the streets but also through an exhibit about paying homage to their roots and artistic influences.
.
Blic, Rai Cruz, Lamok, Qudo, Triskaideka, Lamok, Imba, Kariton, Elli, Daga, Spoof,  Karayom, Lee, Tako, Dan Pzl, Macoy, Insektoo, Cozy, Paksiw, Quatro, Cea
Posted by Vinyl on Vinyl at 1:33 PM No comments: 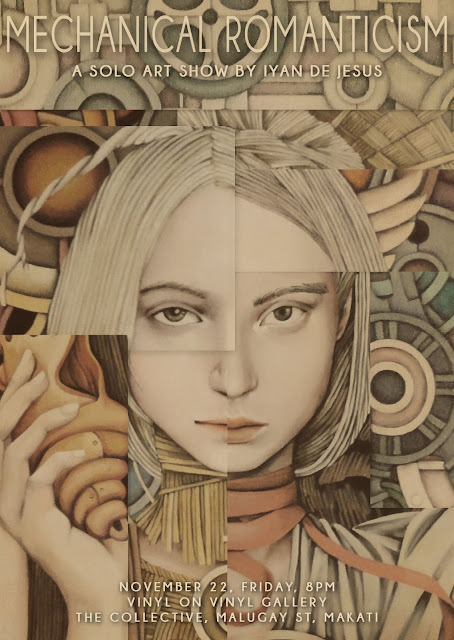 Half-length portraits of nubile women, supple of flesh and noble of face, float against a Daedalian labyrinth of interlocking sprockets, cogs, and axles. Mechanical Romanticism, the first solo exhibition from self-taught artist Iyan De Jesus, softens the metallic edge of steampunk with pliant alabaster skin. Each painting is a pastel-hued post-apocalyptic technofantasy suffused in color.

Holding court against a background of mechanical complications are nymph-like cyborgs—more human than robot—whose dignified expressions hide stories rooted in mythology, literature, snatches of song, and fleeting moments between lucidity and sleep. To help viewers divine a work’s narrative, De Jesus camouflages elements among a multitude of gears: owls, hearts, snowflakes, gas lamps, and totem poles all serve as subtle bearers of meaning.

Case in point, Chance Encounters, the largest piece in the exhibition, was born out of a vivid waking dream involving an early-morning visit from a bluebird, rendered here as an automaton. Secreted clocks, their hands indicating the relentless passage of time, represent the artist’s insomnia. Other legible symbols—empty birdhouses and a wind-up mechanism protruding from the woman’s head—push the story forward.

It is obvious that De Jesus suffers from horror vacui, fear of empty space, and she fills every corner of the picture plane with a staggering level of detail. For her, an untouched patch of canvas means that a work is unfinished. Close examination of her portraits will reveal strands of hair that have been rendered individually and meticulous eyebrows groomed by a fine brush. Other visual signatures include the illusion of embossed elements and an aversion to visible brushstrokes.

The attention to minutiae, obsession with geometric compositions and patterns, cleanliness of lines, and smoothness of surface hark back to De Jesus’s background in architecture and computer-aided design. Unlike formally trained artists who went from canvas to screen, De Jesus started “painting” with a mouse before she shifted to brushes and glazes. The jump from digital to traditional was a rebellion against the ephemeral nature of bits and bytes, as well as a surrender to the soul’s desire to create something lasting. The result is Mechanical Romanticism, a mesmerizing debut from an artist who has successfully translated her talents from new to old media.

Each painting in this exhibition demands more than a cursory glance. Those who linger and look will be rewarded by the unexpected lyricism disguised by steampunk’s retro-futuristic tendencies.  In between pulleys and wheels lie images that summon the sound of the sea, the slow and steady beat of the human heart. — ll

Rendezvous with us on November 22, 2013, Friday, at 8pm for the opening of Mechanical Romanticism, a solo art show by Iyan De Jesus.

Posted by Vinyl on Vinyl at 4:25 PM No comments:

Grand opening of F A T: Follow the Art Today this November 4 in Singapore!

F A T: Follow the Art Today, will be having their grand opening, along with their inaugural show "Art Emporio," this coming Monday, November 4, 2013, in Singapore!

Come by if you're around the area!